Over the weekend my brother, sister and I floated down the North Fork of the Flathead River along Glacier National Park. We caught some fish and had some fun. I mostly want to share the photos from the weekend along with a couple words. I hope you enjoy.

I haven’t blogged in a while but thought I should share some photos from this past weekend of the float my brother , sister and I did. John and Elizabeth both flew into Montana for the weekend and we planned to float and fish the North Fork of the Flathead River. For those who don’t know, this stretch of river runs along the western edge of Glacier National Park.

We drove up from Missoula on Friday morning and we were lucky enough to use the Omnibar car because my personal vehicle isn’t able to tow a trailer. This is us at the Ford put in on Friday. (about 12 miles from Canada) You could hear and see thunder and lighting in the distance but more on that later. 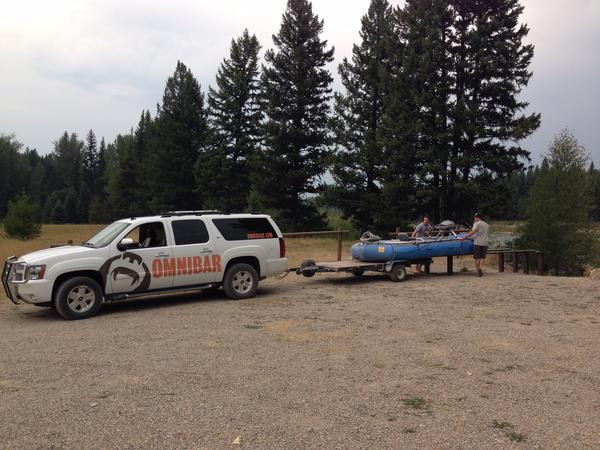 Here we are just about to set out on the river. None of us had ever done this stretch before let alone an overnight rafting trip. We most likely looked like amateurs. 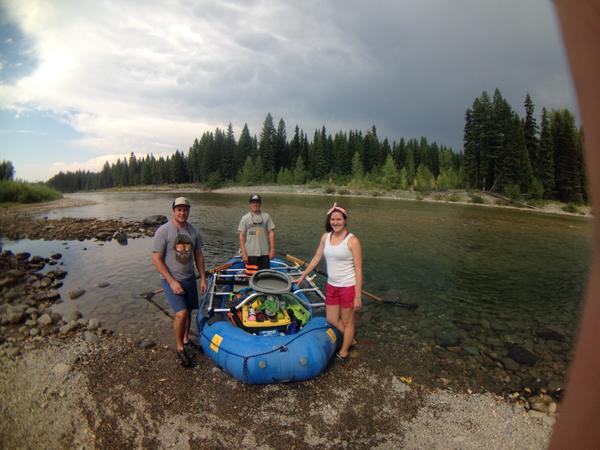 Here we are as we just set out on the river. This was the only time the sun came out for more than a minute. 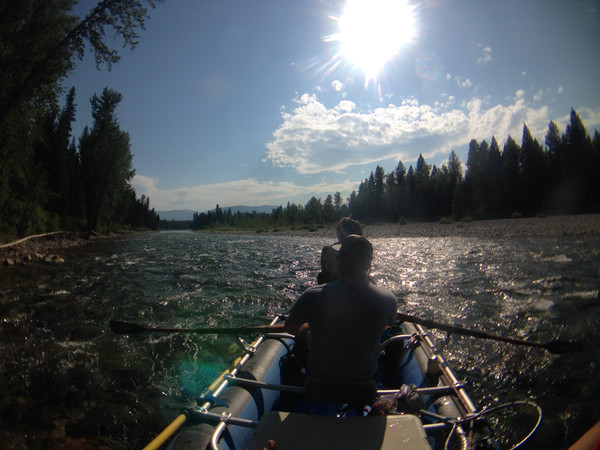 Our family should not be considered fishermen. We had to lookup how to tie flies before the trip and most certainly did not know how to cast or really catch a fish. That said, here is my first ever Montana fish. That is my brother holding the net. 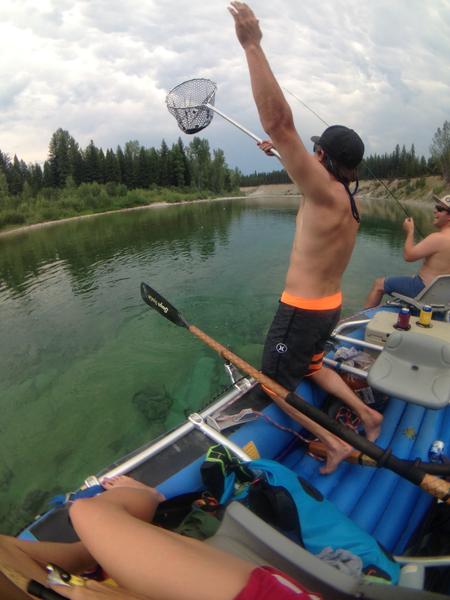 Here I am trying to unhook and then hold the fish. The fish slipped out of my hands before we could snap a photo. 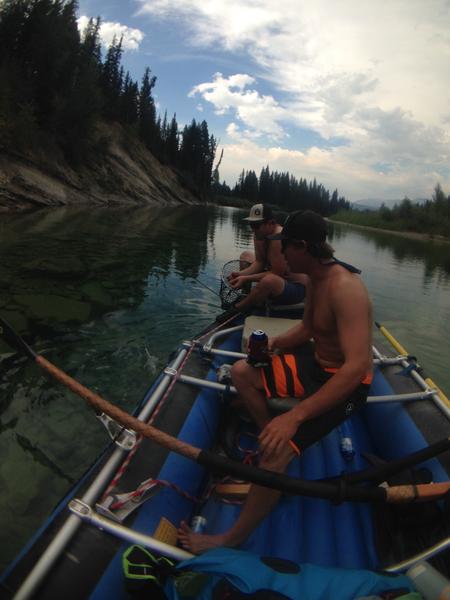 About 2-3 hours into the float is started to thunderstorm and rain. We got to shore just in time to put up our tarp and huddle under it and ride out the rain for 15 minutes. We then setup camp and started cooking. Here I am cooking steak and veggies. 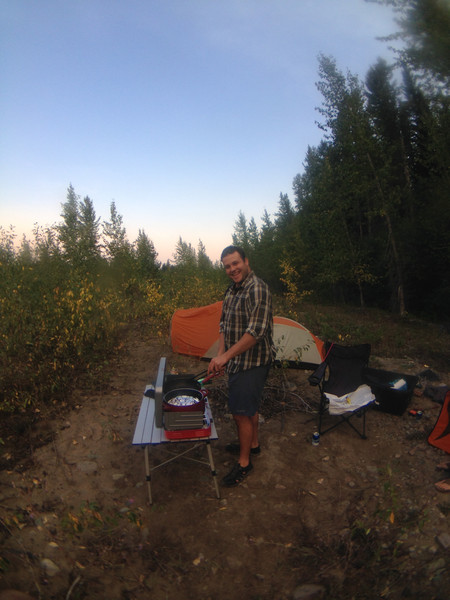 It rained most of the night and we were treated to a good lighting storm. John slept in his hammock (under the tarp) and Elizabeth and I slept in my tent. We all stayed dry. The next morning we got on the river around 11am (we think) and here is Elizabeth and what the weather looked like for most of the day. 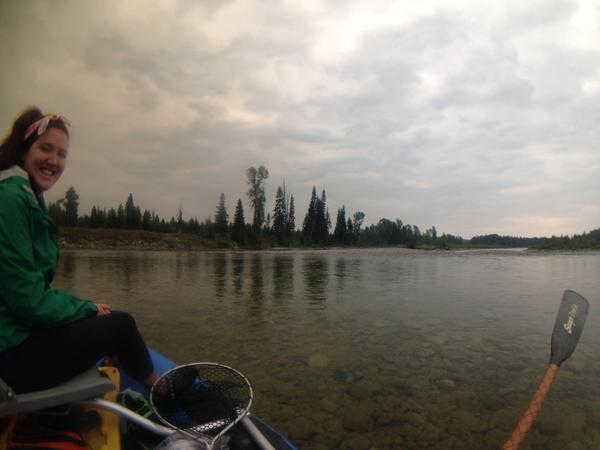 Before lunch, John caught a fish. It was so small that it slipped through the holes in our net but that didn’t stop the stoke. 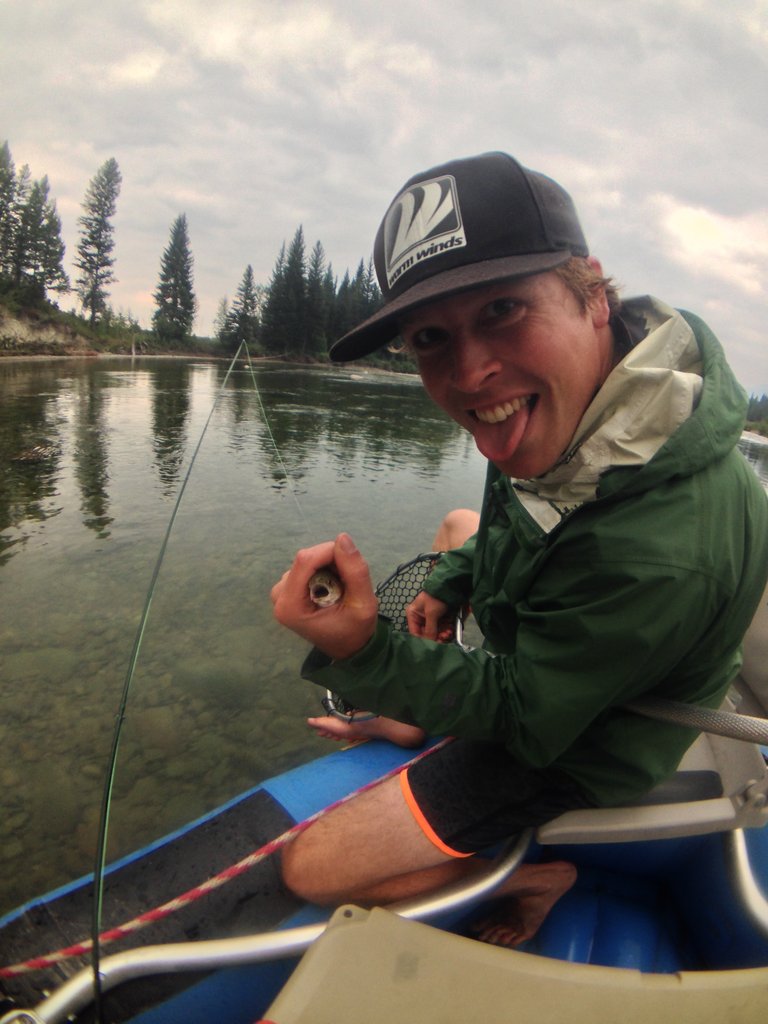 We went through some beautiful and clear water, saw a Grizzly Bear and then next thing we knew I caught my second fish. Elizabeth got to row and we think that contributed to my second catch. Here I am trying to do my best fish photo pose. 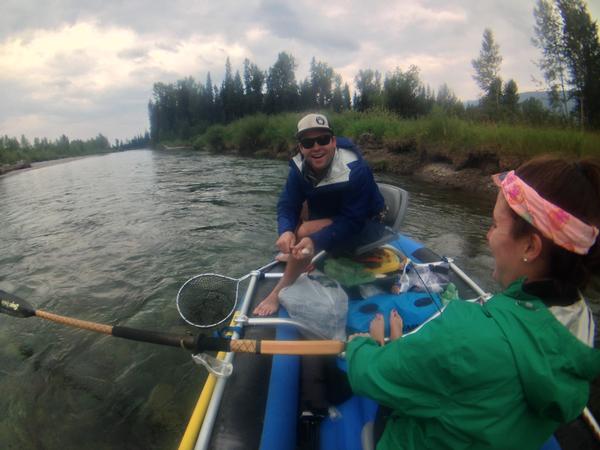 Next thing we knew we came upon a log jam and had to drag the boat around it. It was probably about a half hour of dragging and it didn’t help that John didn’t bring water shoes. 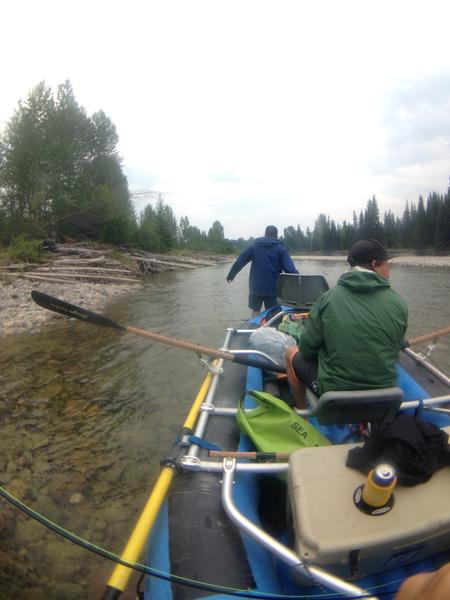 Then, soon enough, we were at the Coal Creek pull out. We got off the river around 6pm. This is a photo taken while I was trying to hitch hike back to the car. Luckily I made it in good time. 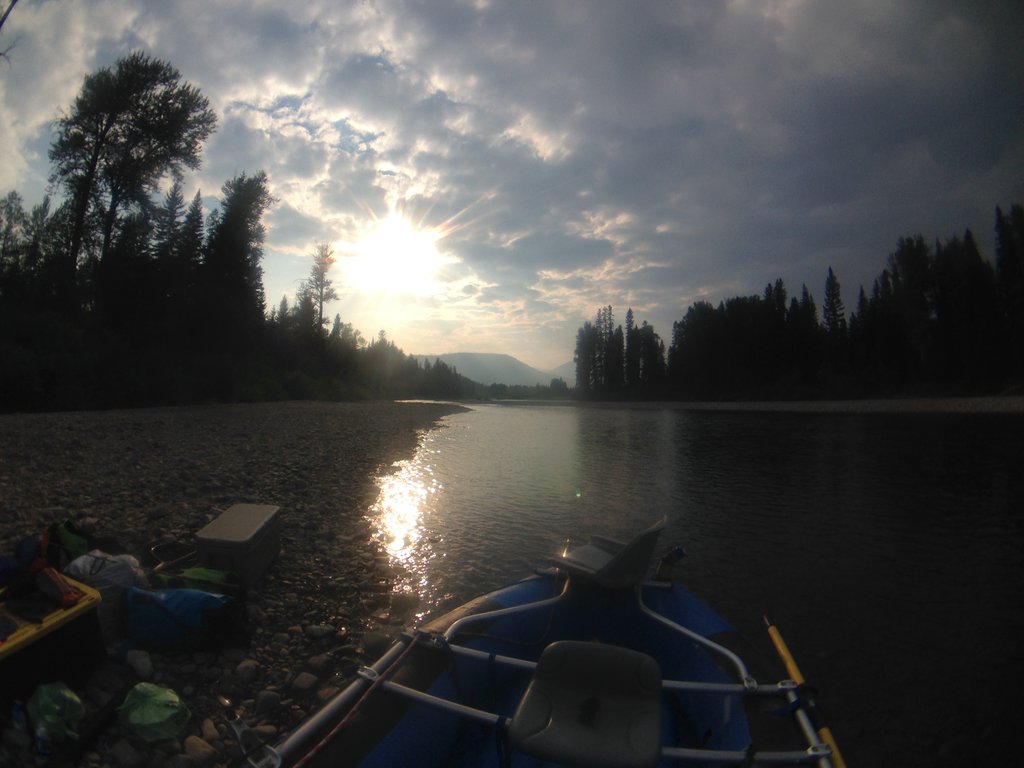 That’s pretty much it. We camped near Polebridge on Saturday night and listened to some live music at the bar. We ate some well-deserved bear claws from the Mercantile as well.

That’s all for now and you can view my other blog posts here.